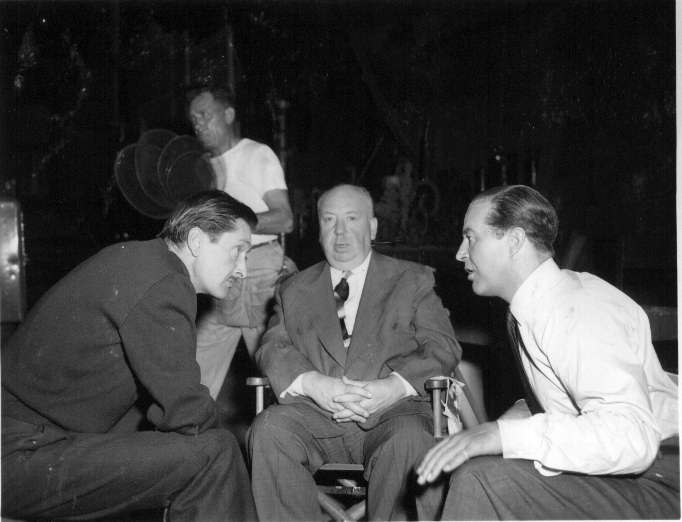 Hitchcock gave a small dinner party at Perino's the night John Williams and I arrived in Hollywood. There was just John and his wife , Helen; the author of the play, Freddie Knott,  Grace Kelly and me. Grace was the quietest of creatures, and hardly opened her mouth the whole evening. She looked stunning and sent the blood racing in my head. I couldn't take my eyes off her, and sometimes our eyes met. I don't know how it happened, but somehow at the end of the evening I found myself escorting her home. She was staying at the  Chateau Marmont, a small, classy apartment house on the strip. It was very warm, there was moonlight, there were stars reflecting on the surface of the pool, there were tall, dark cypress trees with cicadas chirruping. And again, how did it happen? We found ourselves swimming together in the tepid waters. I don't know how some things happen, they just do. They seem so natural that no other course is possible. The next evening we had a date. 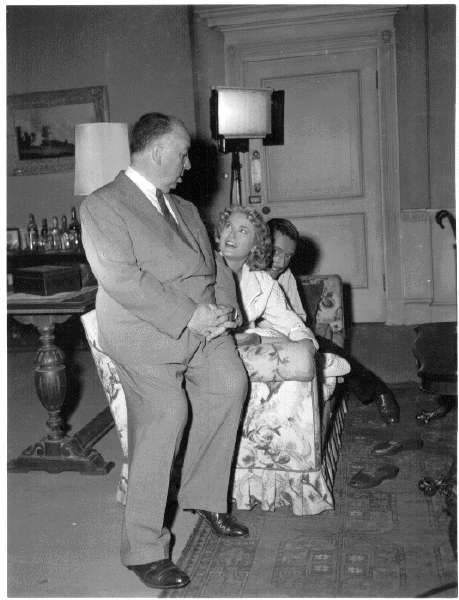 When I arrived at the house Grace had already taken the initiative. She was fiddling about in the kitchen. After all, we didn't want to go out. I can't say she was the greatest cook. In fact to tell you the truth we never got around to eating anything. She was a truly fantastic girl, and it took an awful lot of self discipline to make me leave her and go home at around one am.. I pulled myself together with the realization that I was on call in the morning. I had to be at the Burbank studios at the crack of dawn. It was my first Hollywood picture, and I didn't want to wreck my chances by turning up half dead. When I finally tore myself away and scudded down the hallway and into my car and headed for home I was humming to myself, There'll always be tomorrow. But there wasn't! Just like Throwing a switch, and the very next day Grace transferred her attentions to her co-start, Ray Milland. I was, as they say, left out in the cold. Without doubt Grace was a very ambitious girl, and she handled herself with adroitness. She was also a very nice girl. She got where she wanted to get: Dial M... Rear Window... To Catch a Thief... with this one she was within striking distance of Monaco. It gave her a chance to meet Ranieri, another staunch Catholic. What better goal?

Grace's family lived on the 'Main Line' in Philadelphia, and the Chesnut Hill people looked down their noses at the Main Liners. Old man Kelly had made himself a millionaire in the construction business, but Chesnut Hill had plenty of Millionaires. Little Grace held the final trump card. 'Just watch me. Look I'm a princess!'

That's all for now